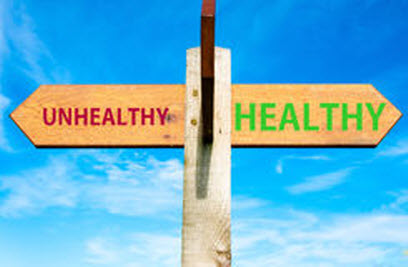 Are you one of the 97% of our population that is failing to live a
healthy lifestyle?  Often times, people think having a trainer/coach is
only for those looking to achieve a level of fitness greater than the
norm.  Well, the study below shows you’re right!  That being said, you don’t
have to get your body fat down to single digits, you don’t have to count
every single thing you eat and/or exercise daily.  You do need to:
Exercise at least 150 minutes a week (only 2 1/2 hours).  You do need to
quite smoking if you do!  You do need to eat fruits and veggies daily.
You do need to limit your intake of alcohol, refined sugars and/or
friend food.  Contact me by April 10th for a free lifestyle analysis and
we’ll create a game plan to get you on the right track.
– Scott Keppel

The lifestyle of more than 97 percent of Americans cannot be considered
“healthy” according to a new study that examined people’s diets,
exercise, body fat, as well as whether they smoked. Researchers also
found trends based on age, gender, and ethnicity.

A study conducted by Oregon State University in partnership with the
University of Mississippi and the University of Tennessee at Chattanooga
looked at 4,745 people included in National Health and Nutrition
Examination Survey data from 2003 to 2006, and found that only 2.7
percent met a four-part criteria for having a healthy lifestyle.

_“This is pretty low, to have so few people maintaining what we would
consider a healthy lifestyle,”_ Ellen Smit, an Oregon State associate
professor of public health and human sciences and co-author, said in a
statement [2]. _“This is sort of mind boggling. There’s clearly a
lot of room for improvement.”_

The study, published [3] in Mayo Clinical Proceedings, verified the
extent of people’s exercise habits and physical characteristics using
technology rather than survey questionnaires. An accelerometer similar
to a fitness watch was used to calculate movement, and blood samples
determined whether a person smoked or not. Body fat wasn’t measured by
height and weight, but instead with advanced dual-energy X-rays. If a
person was in the top 40 percent of the population in terms of eating
USDA-recommended food, they were considered to have a healthy diet.

To be fully healthy, a person would have to engage in regular exercise
at least 150 minutes per week, have normal body fat, eat well, and not
smoke. Over 97 percent of Americans failed to meet all of these
standards, but nearly 90 percent met at least one of the four.

Researchers found that only 16 percent of Americans had good enough
health to claim to be in three of the four categories, while 37 percent
could only meet the criteria for two, and 34 percent could only fulfill
the requirements for one of the categories. Just eleven percent were so
unhealthy that they didn’t pass any of the four benchmarks.

While smokers made up 29 percent of the sampling, 54 percent of those
studied didn’t exercise enough, 62 percent were unhealthy eaters, and
90 percent carried too much body fat.

Other findings revealed that men were more likely to smoke and eat
poorly, but were also more likely than women to get enough exercise. As
for ethnicity, Mexican-Americans had better eating habits than
non-Hispanic whites and blacks. It may not be surprising to learn that
people over 60 years old were generally less healthy than those aged
20-39, but the older crowd did, in fact, show healthier habits when it
came to what they consumed, eating better and smoking less than the
younger crowd.

The four categories are linked to an increased risk of cardiovascular
disease and other medical conditions, the study’s authors explained.