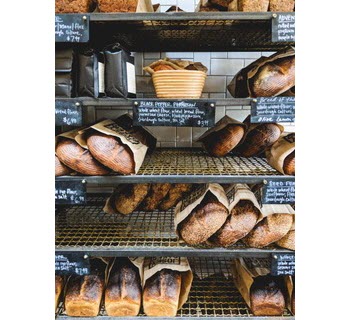 It seems to be a recent hot topic!

I, however, feel whether you actually have an intolerance or not, you should limit or eliminate gluten from your diet.

What exactly is gluten? Gluten in the name for the proteins found in wheat/wheat berries, durum, emmer, semolina, spelt, farina, farro, graham, KAMUT (khorasan wheat and einkorn), rye and barley. Gluten helps food maintain its shape; acting as a glue to hold food together.

For those that aren’t intolerant, there are still reasons to eliminate it, or lessen it, from your diet. The following are a few reasons why you should eliminate or at least limit gluten in your diet.

For those that are intolerant or have Celiac disease, there are serious reactions taking place including, but not limited to: an immune reaction that can cause degeneration of the intestinal wall, which leads to nutrient deficiencies, various digestive issues, anemia, fatigue, and failure to thrive as well as an increased risk of many serious diseases.

Gluten has been shown to have an adverse effect on the brain as well. The main neurological disorder, believed to be partly caused by gluten, is cerebellar ataxia, a serious disease of the brain that involves an inability to coordinate balance, movements, problems talking, etc.

The above are just some of the more common and severe negative effects of gluten.

You may be wondering what foods have gluten in them and what you can eat. The big 3 that gluten tends to be found in are:

Unless the bread, pastas, cereals, beer, etc. you purchase specifically state they are gluten free, assume they have gluten in them and should be avoided.

Here are some options for gluten free products. Gluten free oatmeal (I personally like Trader Joe’s brand), gluten free pasta (normally made from rice or quinoa), gluten free granola (I like Kind), Udi’s has a number of gluten free bread, waffle, and wrap options.

Veggies, fruit, animal protein, oils, nuts, and most nut butters are free of gluten. As you can see, being gluten free doesn’t mean you can’t enjoy your favorite dishes, you just need to be mindful of what you’re eating and pay attention to how you’re feeling.

And if you are having any of the above symptoms and cutting gluten out makes them better, please go to your doctor to determine if you are Celiac.