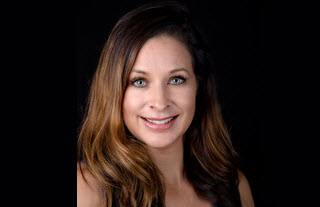 Serena’s passion for fitness and nutrition shine brightly when she’s training. She’s great at motivating, inspiring, and helping her client’s reach their full potential, especially mothers striving to lose the baby weight, or athletes specializing in their sport. She loves helping people find their niche in fitness, so exercise is fun and enjoyable.  Helping people become their best self is what she specializes in.

TRAINING PHILOSOPHY:  Serena was a highly recruited softball player who chose the University of Kansas, after being offered 24 full ride scholarships to Division 1 Universities.  During her time at KU she experienced 4 arm surgeries and was told she would never play softball again. Taking her future into her own hands she dove into nutrition, eating for performance and healing, as well as conditioning, and training smarter.  Her passion for health and fitness ignited and after sitting out almost two seasons, Settlemier ended her career on a high note proving doctors wrong and earning the best in the Big 12 conference, All American Honors, Big 12 Player of the Year, MVP of the conference tournament, and is the all time record holder in several categories. After college Settlemier was drafted into the Texas Thunder Organization and played 3 seasons in the Women’s Professional Softball League, as well as two seasons in Italy and Greece. She continued her passion for fitness Coaching at Fordham University, and later became a certified trainer in reality TV working with Extreme Weight Loss trainer’s Chris and Heidi Powell.  Serena now has a two-year-old daughter, and has been helping the mom community feel good again and lose the baby weight.

Serena’s training philosophy helps people not only overcome adversities, but to truly believe in themselves, helps them build confidence and discipline, creates structure and helps create healthy habits, and that anything is possible with the right mindset combined with proper training technique, nutrition, and fun!!!! With Serena’s expertise playing at the highest level in sport, her knowledge for helping herself and other mom’s lose the baby weight, and working with extreme over weight clients, she is diverse in helping anyone find the athlete within them and become their best self.