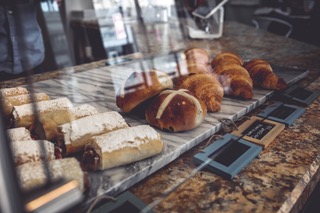 Have you ever said or heard one of these phrases?  Chances are you’ve heard someone say something along these lines and you most likely have as well. Before we get into are low carb diets healthy, I feel we need to first discuss what carbs (carbohydrates) really are.

Carbohydrates are one of the 6 macronutrients (the others being protein, fats, water, mineral and vitamins).  Carbs have 4 calories per gram. They are the main source of energy for our brain and body. Carbs contain hydrogen and water and are found in sugars, starches and cellulose.  Normally when we think of carbs we think of: breads, pasta, rice, potatoes, fruit, veggies, sweets, etc. While these are all carbs they are not created equally.

Now that you know that carbohydrates are a macronutrient (which means your body needs a lot of that nutrient) and you know that not all carbs are created equally, the question still remains, are low carb diets healthy?

A study done that was published in the Lancet used 40% or under overall calories coming from carbs as low carb.  The Paris-AFP study found that middle-aged people who get roughly ½ their calories from carbs (as opposed to the 40% or less) lived several years longer on average.

In another study, Sara Seidelmann, a researcher at Brigham and Women’s Hospital in Boston, looked over 15,500 medical histories of men and women who were 45-64 at the time. After 25 years, Sara and her teamed, found that 6,000 of the men and women died. People who got 50-55% of their calories from carbs outlived very low carb dieters (25% or less) on an average of 4 years.  Those who ate 70% of more carbs were outlived by the 50-55% by one year.

I suggest you keep a log of what you’re eating, how you feel and preferably meet with a coach so she or he can help direct you in what foods you should eat, what macronutrients you should be eating and what exercise to pair with your nutrition.

I know I hear a number of people that want to lose weight cut carbs out or significantly down. Guess what? You will lose weight.

For every gram of carb you eat you hold onto about 4 grams of water. So when you cut carbs you tend to lose waterweight.

The other aspect is, if you cut carbs and do not replace those calories with either protein and/or fats, you will be in a deficit, which will create a weight loss. While the immediate gratification may be there, the long-term effects are not worth staying on a low carb diet for an extended period of time (unless prescribed by a doctor).

All of this being said, don’t take this as your chance to go out and have pizza, popcorn, sweets, etc. Eating a diet that is approximately 50-55% in carbohydrates with less than 20% coming from sugars is ideal for long-term health.

Moderation is the key to success. Along with exercise!

Scott Keppel is the owner of Scott’s Training Systems, a world-class coaching facility in Chandler, Arizona. He is a nationally certified trainer through NASM and ISSA. His mission is to empower women of all ages and fitness levels.